One of the wealthiest people on earth just announced he’s giving all his money to charity. #TheGoodStuff

Prince Alwaleed bin Talal called his generous plan “a commitment to all humankind.” 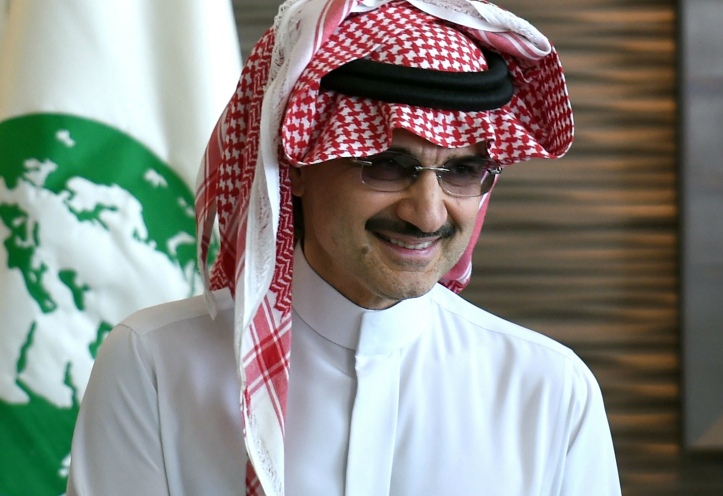 He’s the 60-year-old nephew of Saudi Arabia’s royal leader, King Salman. And he has $32 billion.

In case you’re wondering, Forbes pegs him as the 34th wealthiest human on the planet… you should know Alwaleed uses a good chunk of his change to make the world a better place.

The prince has given billions of dollars to various philanthropic efforts. His foundation has supported projects in 92 countries around the globe!

And this week, he just stepped up his charity game even more.

On July 1, 2015, Alwaleed announced he’s giving away his entire $32 billion fortune to charity.

His gargantuan gift will go to his own nonprofit, Alwaleed Philanthropies, throughout the next several years. There, the dollars will bolster a handful of causes worldwide, like empowering women, eradicating diseases, assisting in disaster relief, ending poverty, increasing intercultural understanding, developing underserved communities … shall I go on? Because there’s more.

Here’s his two cents on the matter: 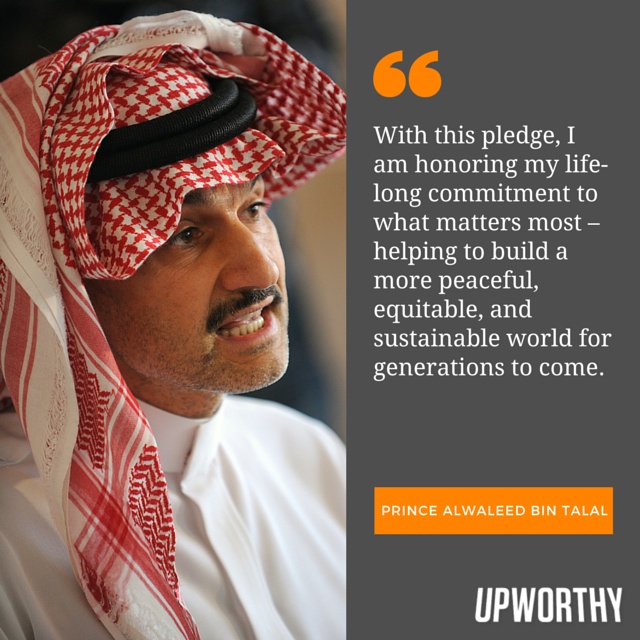 So, an important lesson to all those who can afford to lend a helping hand: